The new DJI Matrice 30 Series is DJI Enterprise's flagship drone that fits in a backpack. It integrates multiple high-performance sensors into one single camera payload, controlled with an ingenious redesigned remote control and runs on upgraded Pilot 2 software, which significantly improves the flight experience.

The M30 model offers much more power, endurance and capability for rugged professional uses, while its size makes it ideal for easy transportation and fast setup.

The DJI Matrice 30 series enterprise drone is a weather-proof, relatively portable UAV that offers a 48 MP stabilized camera with up to 200x hybrid zoom, thermal imaging camera, laser rangefinder, and a low-light optimized FPV camera. It comes with a new rugged DJI RC Plus controller and with a pair of the TB30 batteries, it can fly up to 41 minutes. On top of that, an optional DJI Dock will be able to automatically operate up to 7km away and charge the drone quickly when needed.

The M30 series comes in two versions, the M30 and the M30T. (Both versions are using a fixed payload system)
The only difference is that the M30T also includes a thermal imaging camera. Unlike the older DJI Matrice drones, the new 30 series is much more compact and features a foldable design, much like the Mavic series. Even though the Matrice 30 is still much larger than any drone from the Mavic series, it can now be fitted in a decently-sized backpack and is easily taken to remote places if needed. The use cases for this drone range from equipment inspection to seek-and-rescue types of missions.

The M30 model integrates a 48 megapixel 1/2” CMOS sensor zoom camera with 5×~16× optical and 200× digital zoom, a 12-megapixel wide-angle camera, 8k photo 4K/30 fps video resolution, and a laser rangefinder that can give the precise coordinates of objects up to 1,200 meters away

The M30 model integrates a 48 megapixel 1/2” CMOS sensor zoom camera with 5×~16× optical and 200× digital zoom, a 12-megapixel wide-angle camera, 8k photo 4K/30 fps video resolution, and a laser rangefinder that can give the precise coordinates of objects up to 1,200 meters away, features an additional 640×512 px radiometric thermal camera.

Despite having integrated payloads, the Matrice 30 Series will continue to support PSDK integration for third-party payload development, including spotlights, loudspeakers, gas detectors, parachutes, and more.

It’s clear DJI wants to revolutionize drone operations by extending flight time and use, regardless of the environment. The new Matrice 30 Series drones are equipped with two TB30 intelligent batteries, offering up to 41 minutes of flight time. The self-heating feature of the TB30 batteries helps the M30 stay functional in extremely cold environments.

As part of the M30 Series kit, DJI launched the BS30 intelligent battery station, which can charge 4 pairs of the TB30, at three different levels: standard, storage, and ready to fly. Each level maintains differing charge capacities:

Standard: Charges batteries to 90% in 30 minutes.

Storage: Maintains batteries at 50% for a longer lifespan and overall health.

A balance of power and portability delivers higher operational efficiency 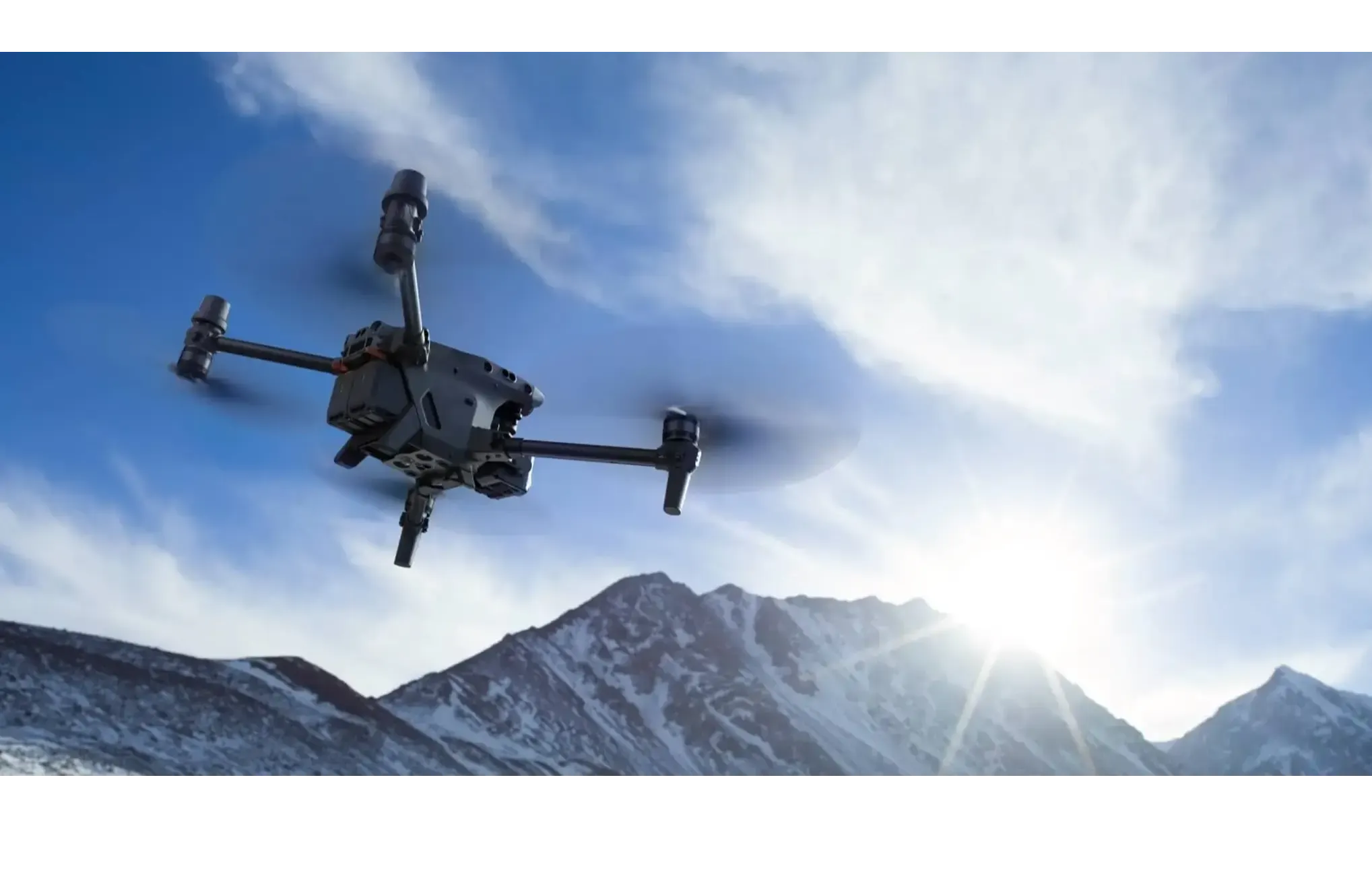 With IP55 protection, the M30 can easily handle adverse weather and temperatures ranging from -20° C～50° C. 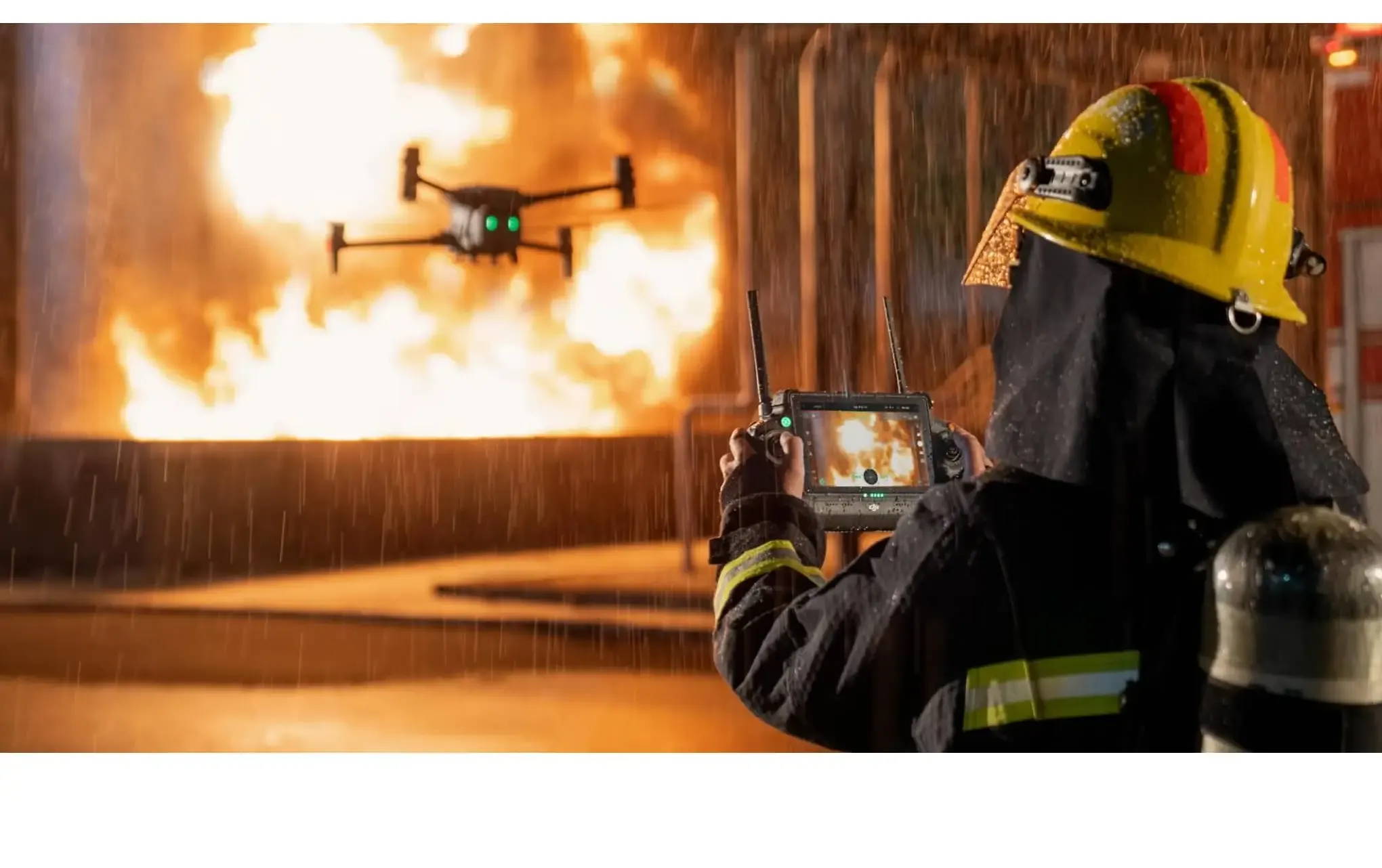 Dual-vision and ToF sensors appear on all six sides of the aircraft, keeping it and your mission safe. The built-in ADS-B receiver provides timely warnings of any incoming crewed aircraft nearby. 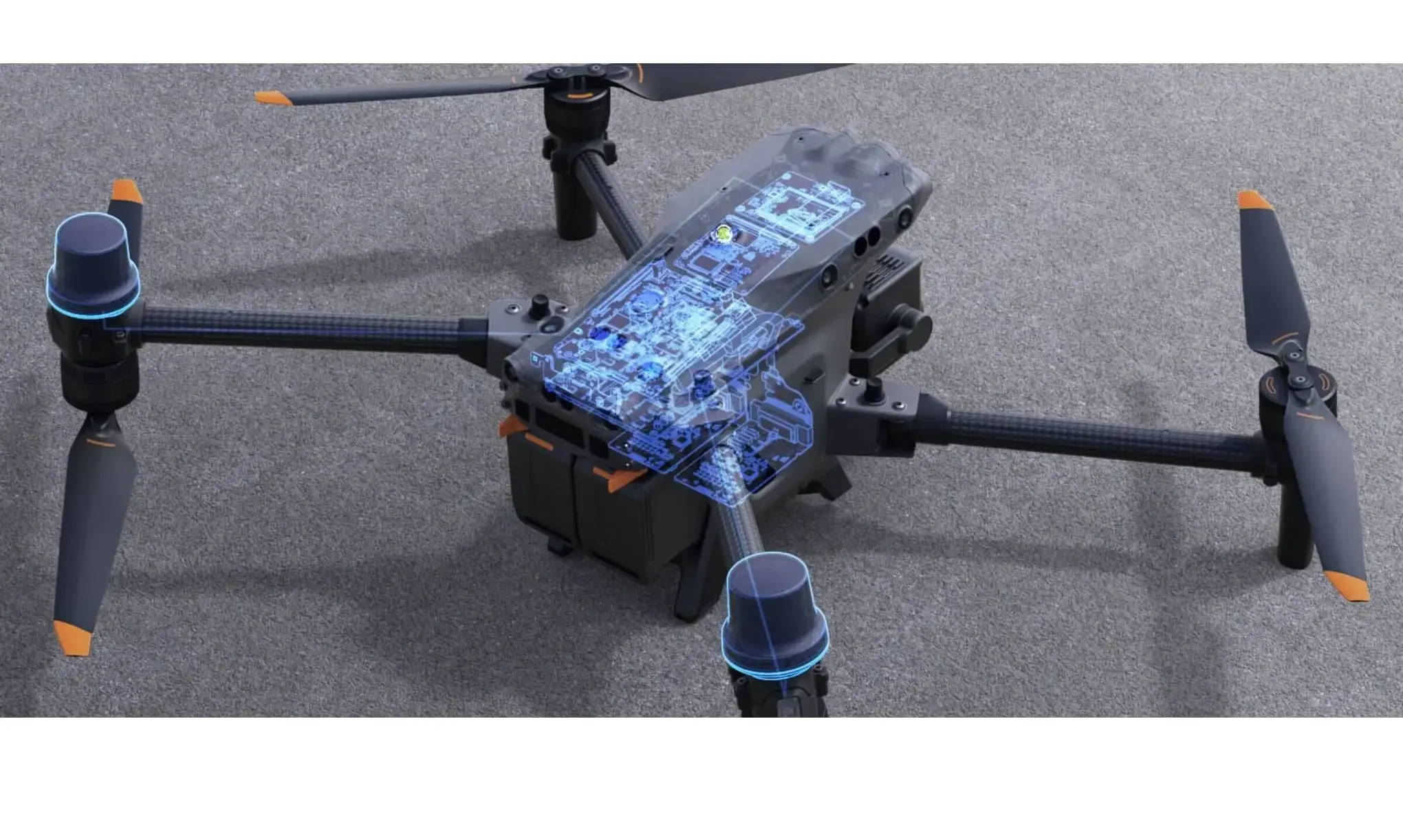 Compact and foldable, the M30 Series is easy to pack up, carry, and deploy.

The M30 Series integrates wide, zoom, and thermal cameras (M30T only) with a laser rangefinder, which together can capture the aerial data you need, when you need it. 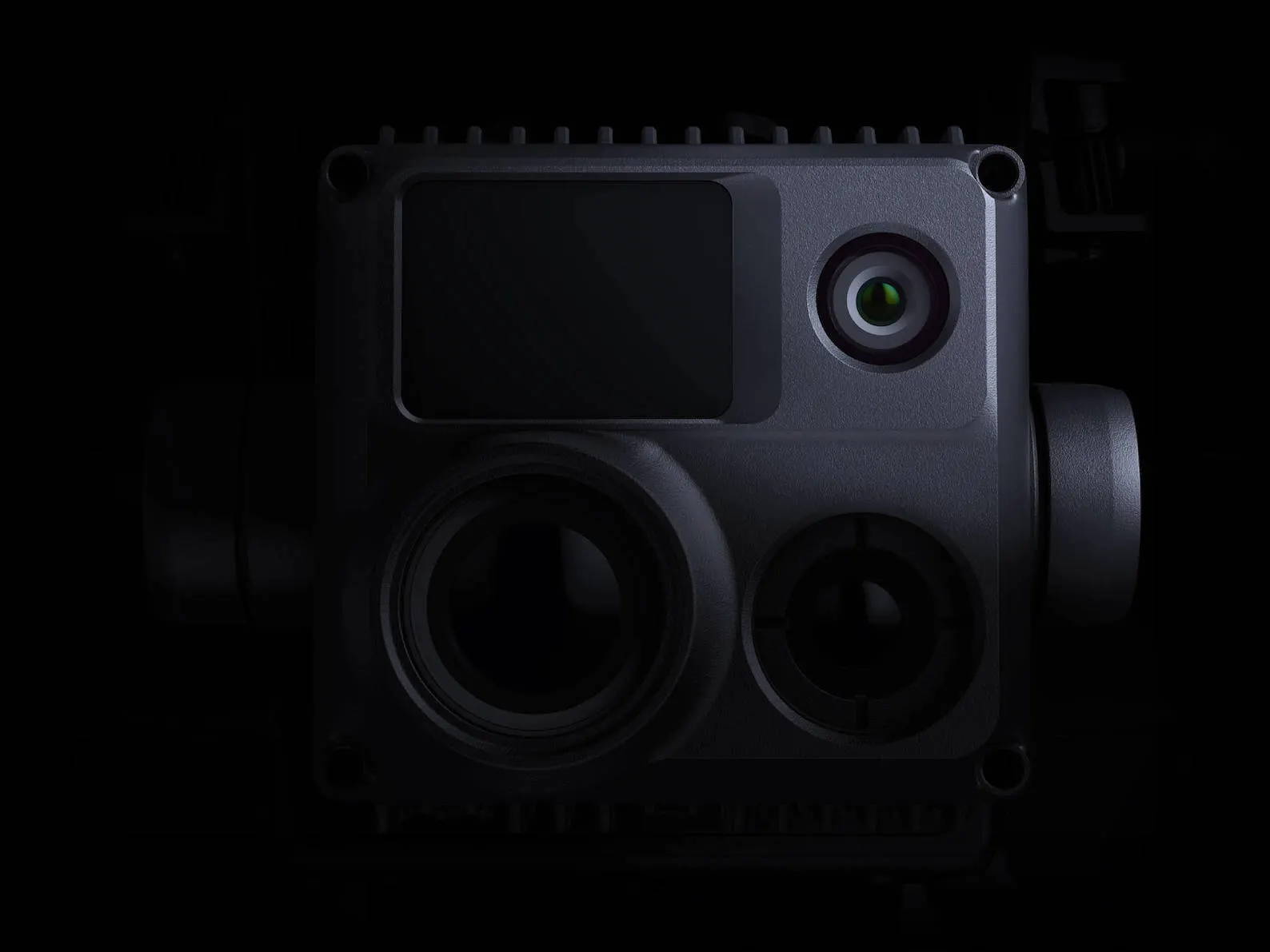 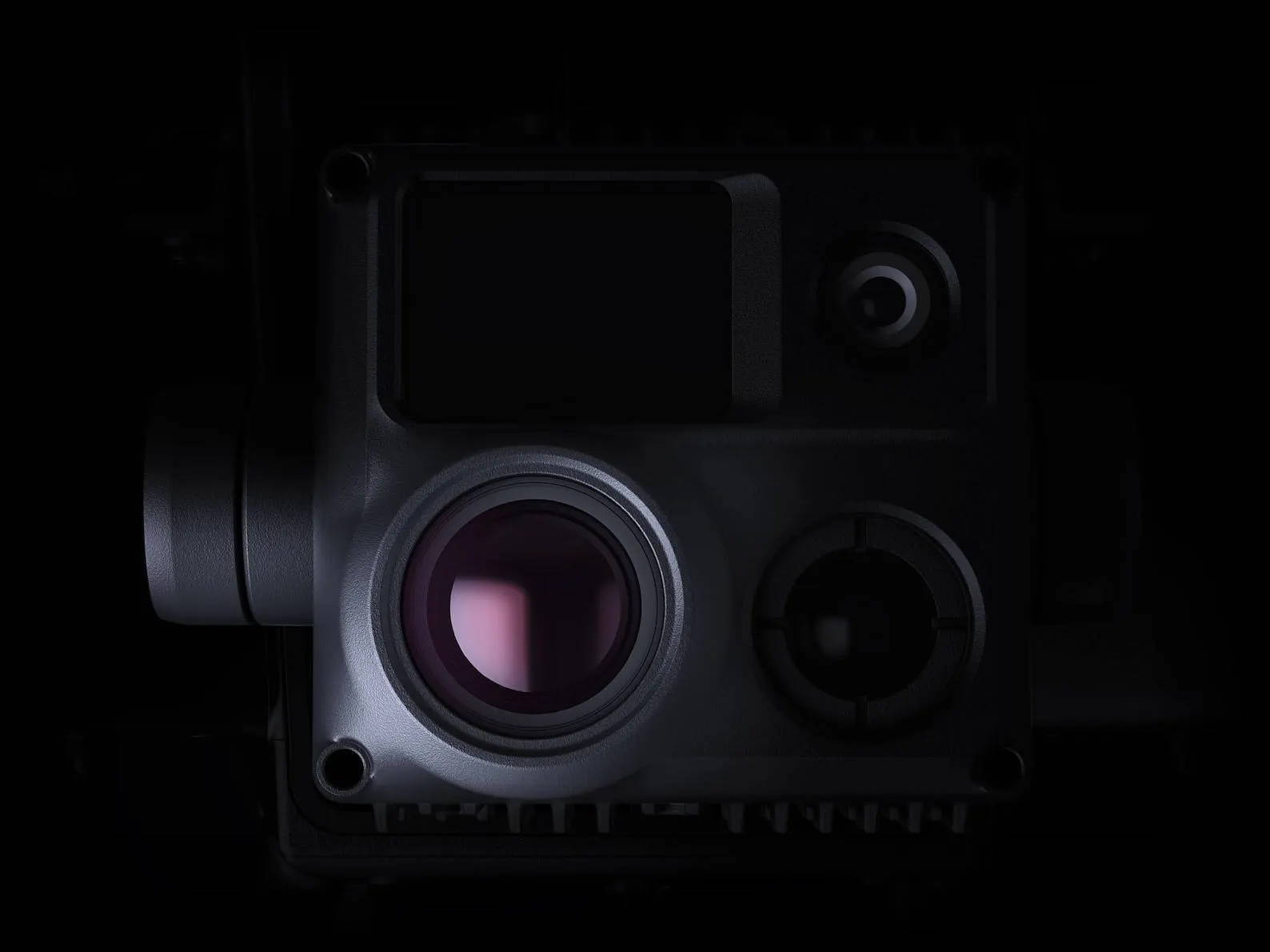 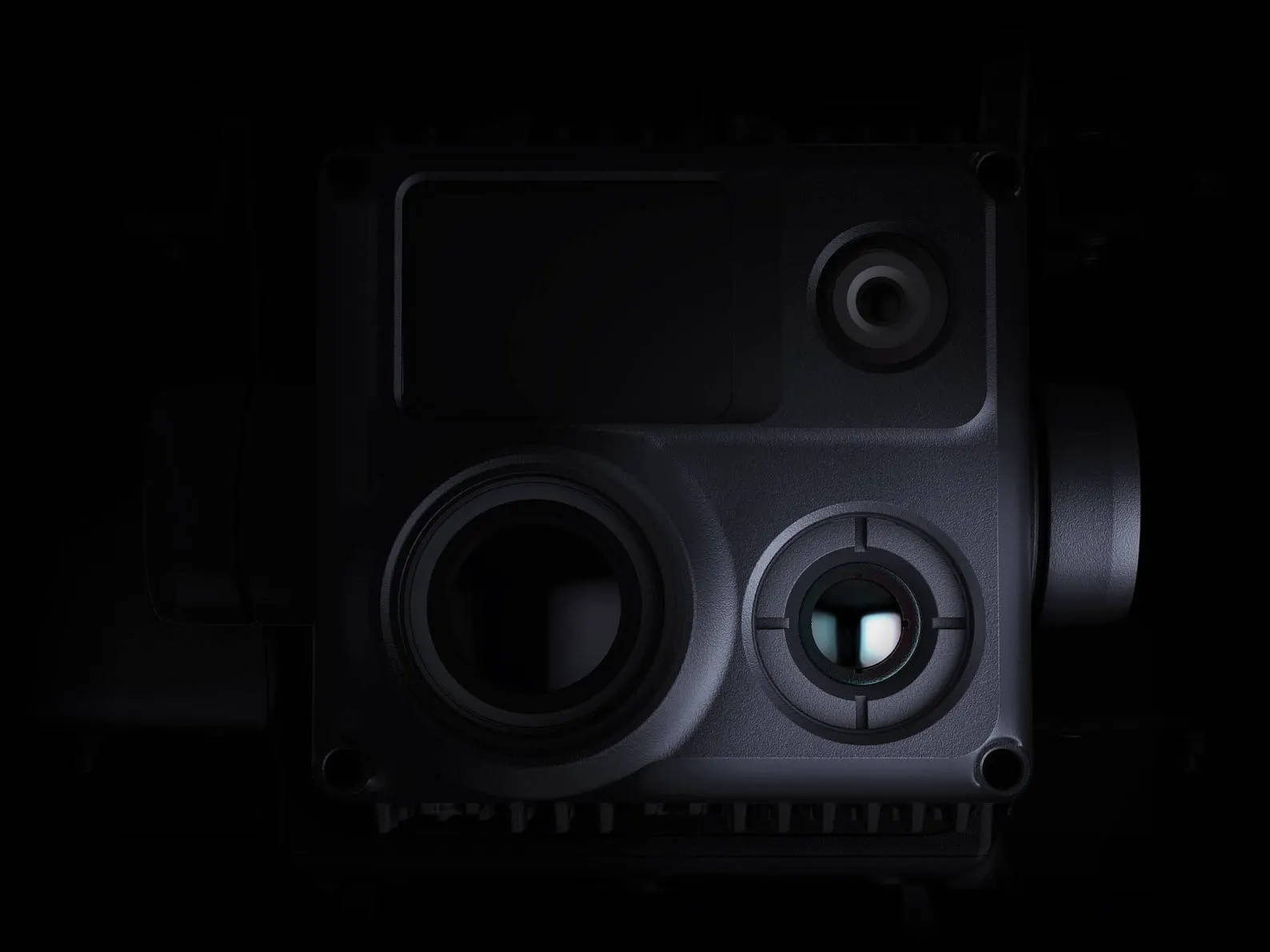 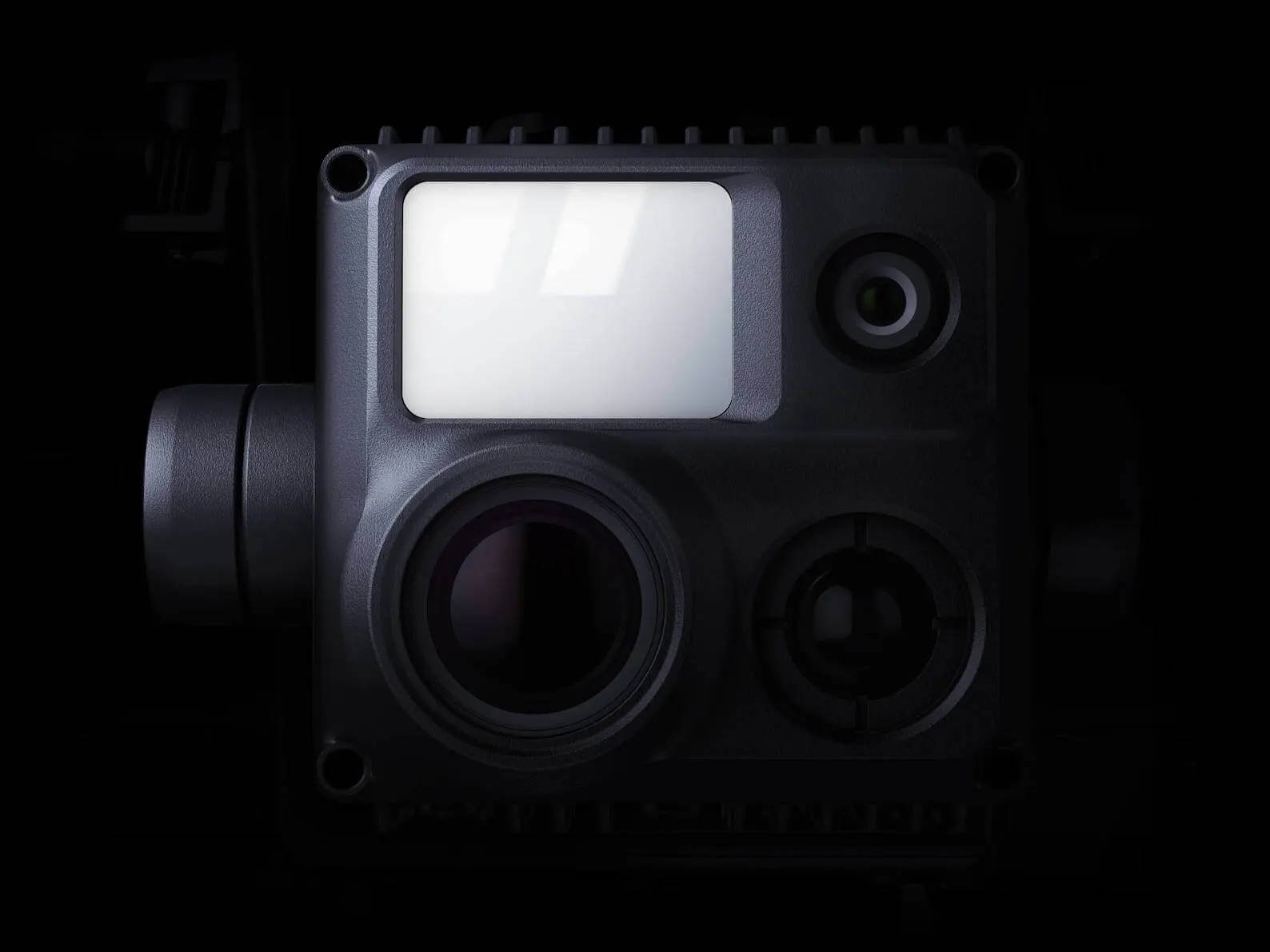 With the FPV camera optimized for low-light conditions, the ground and skyline are clearly visible, even at night, so you can fly with safety and confidence.

See it all from above.

Find hotspots and heat signatures thanks to high-resolution thermal capabilities.

The 7-inch widescreen DJI RC Plus with dual control mode is tailor-made for Enterprise users.

Capable in climates both hot and cold 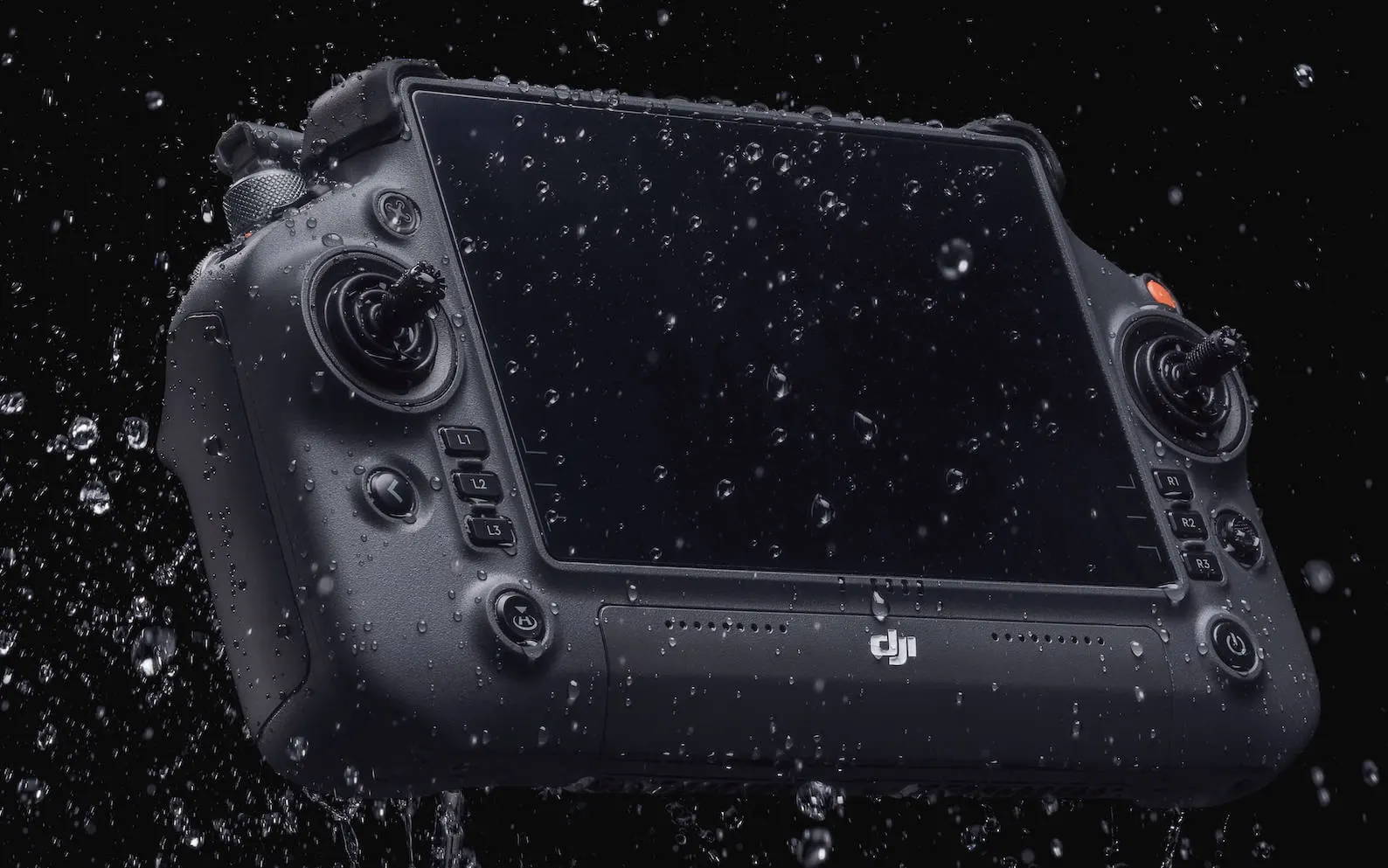 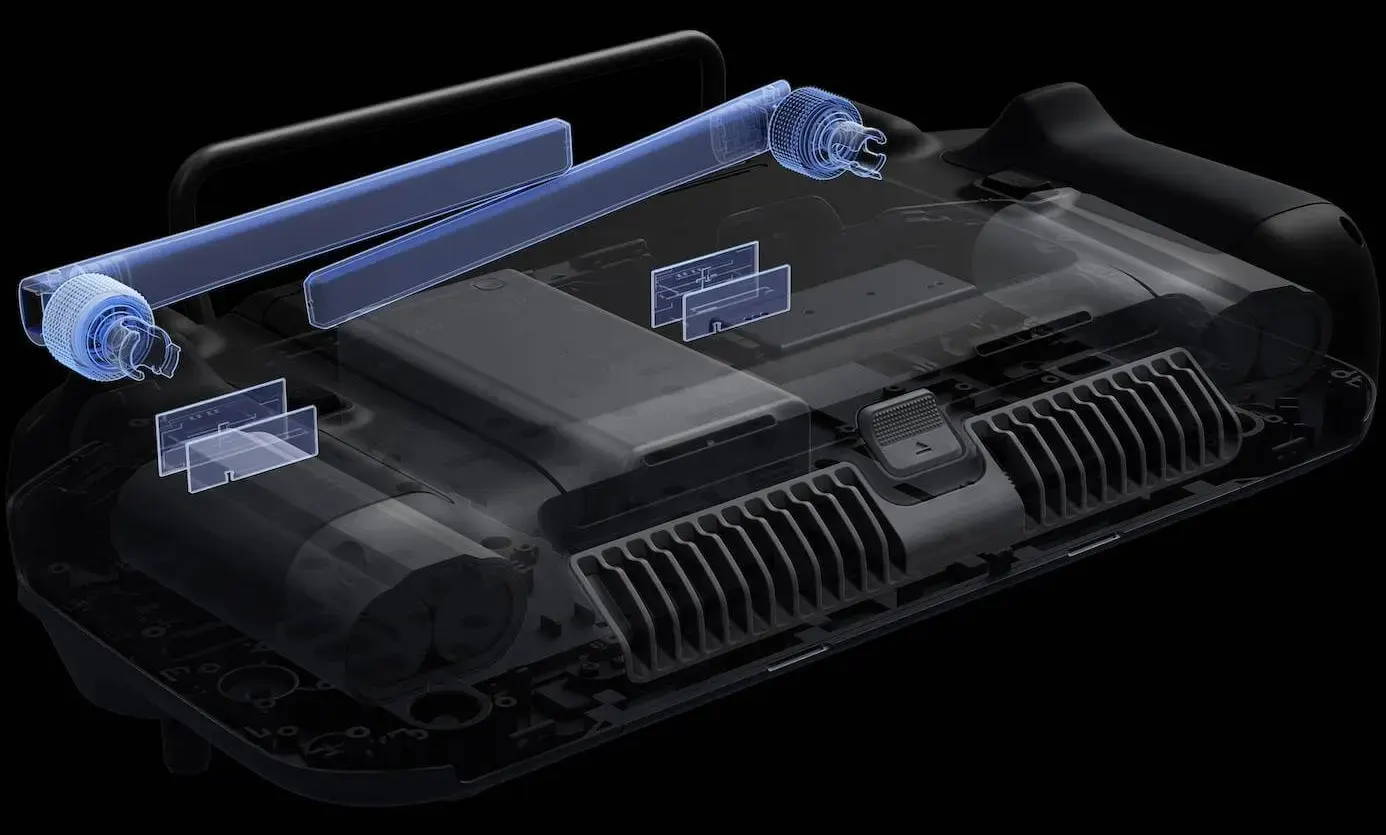 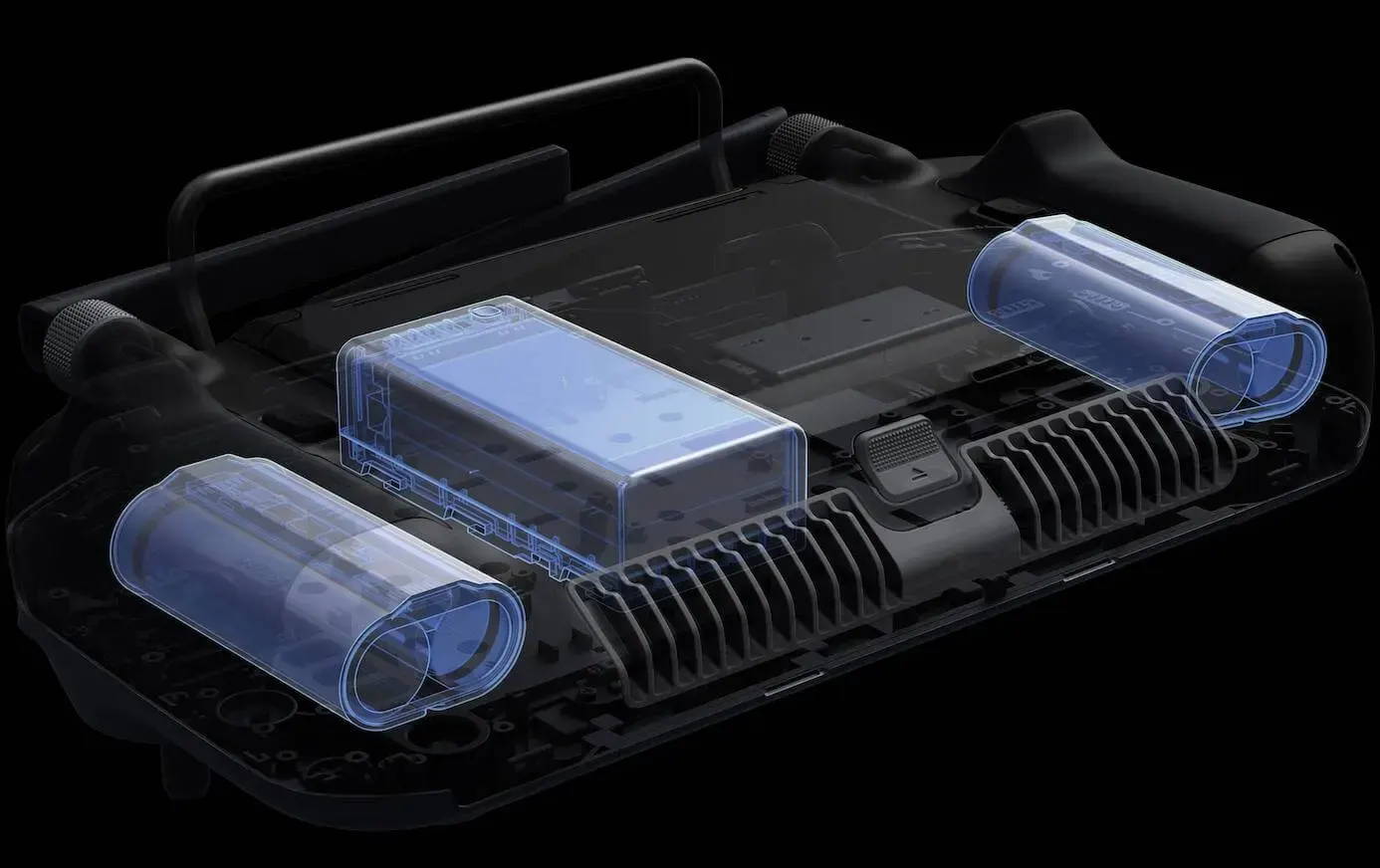 Please complete the form below to submit your quote request.