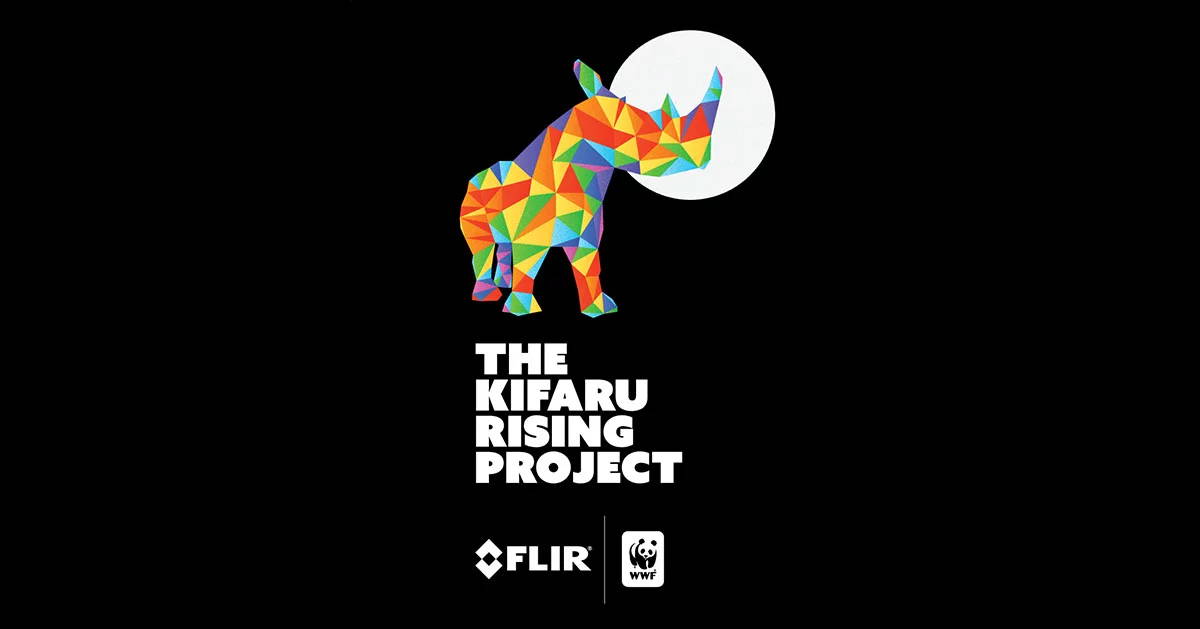 In an expanded collaboration, FLIR and WWF are committing to invest and deploy thermal imaging technology to protect native animal populations, ecosystems, and local communities affected by illegal poachers in Kenya. In Kiswahili, ‘Kifaru’ is the common name for Rhino. Kifaru Rising will bolster conservation efforts to specifically grow the wild population of black rhino, who are currently at 5,400, making them one of the world’s most endangered species. The world’s last male northern white rhino died in Kenya in 2017.

WWF first deployed FLIR thermal cameras at the Maasai Mara National Reserve in Kenya in 2016. Poachers often work under cover of darkness, and FLIR technology produced dramatic results when introduced. In Maasai Mara alone, rangers from local partner The Mara Conservancy have apprehended more than 160 poachers utilizing FLIR thermal cameras over the past two and half years. Thus far, WWF and FLIR have installed FLIR thermal imaging equipment to the Maasai Mara and Lake Nakuru National Park in Kenya, as well as Kafue National Park in Zambia, among other locations unnamed for security purposes.

To continue this momentum and improve the effectiveness of thermal technology in eliminating poaching, FLIR and WWF plan to add more corporate partners that can contribute complementary technology and outdoor gear for wildlife rangers who patrol millions of acres of wilderness. Additional technology and gear needed include aerial drones, batteries, and solar panels, along with conventional gear such as boots, tents, and raingear.

“Our collaboration with WWF on the Kifaru Rising project signifies the broadest scale deployment of FLIR technology for wildlife protection anywhere in the world and represents a vital step to help save these endangered animals,” said Jim Cannon, President and CEO at FLIR. “Rhino poaching is a global issue, and increasing funding, activism, and collaboration amongst governmental and non-governmental organizations must increase. Without FLIR technology deployed in these parks, rangers are at a competitive disadvantage. FLIR technology has proven effective with rangers, and together with WWF, our focus shifts to expanding the use of the technology and empowering conservation authorities across Kenya to eliminate poaching activity.”

“We can’t save rhinos if we don’t stop poaching,” said Carter Roberts, President and CEO of WWF. “The real heroes in this fight are rangers – men and women who patrol some of the most dangerous wilderness areas on the planet and put their lives at risk to stop those who are often better armed and operating in the dead of night. New technologies help change the game; they give rangers a leg-up in deterring criminals and protecting themselves on the front lines of this war. FLIR’s commitment enables us to scale up efforts to end poaching in Kenya and helps us save more rhinos – and rangers – in the process.”